Join a community of like-minded professionals

Episode 32: "The Power of Delegation in Business" | Kenny Schumacher, Delesign 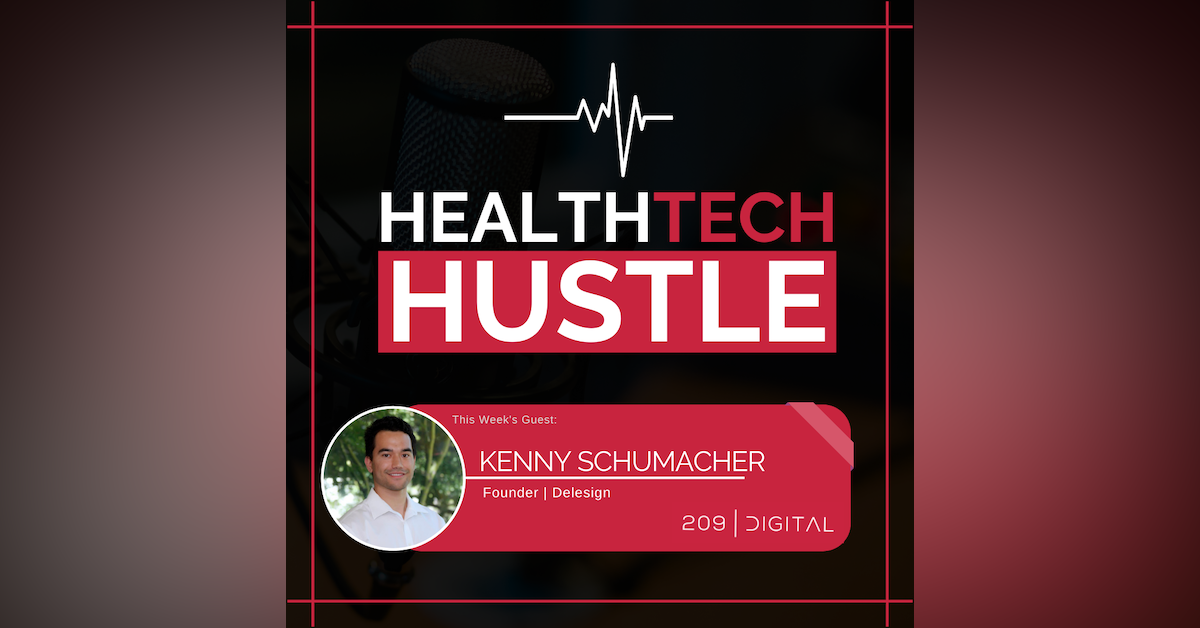 Kenny Schumacher is the founder of Delesign. This is a flat rate graphic design productize service that has grown to a remote team of over 50 people. Kenny has also had experience selling business and investing experience in real estate.

In this special episode of HealthTech Hustle, Kenny shares how delegation plays an important role in all kinds of business industries whether it be the healthcare field or designing.

Expert Interviews
“After I graduated, I decided that I would rather take the risk of being an entrepreneur, take the risk of doing my own thing because for my perspective, while this wasn’t really a safe option, it was something that I thought would be valuable overtime.” [3:45]
Who is Kenny Schumacher? [1:14]
Kenny graduated as a financial accountant and has never imagined himself to be an entrepreneur. During his stint in working with an accounting firm that focuses on startups, he’s been immersed in the field ever since and became truly interested. After graduating, he said that entrepreneurship was definitely not a safe option but still he chose to take the risk and do his own thing as this offers much more valuable experience.
What can people expect from Delesign? [8:32]
According to Kenny, there are many companies too that are doing well in designing just like Delesign. But what he personally likes and what the clients commended about Delesign is not much different. He said that if you want someone senior and experienced to be on your team and can help you brush some projects, Delesign is for you. It is for businesses that have ongoing design needs.
The power of delegation in Delesign [15:57]
For Kenny, delegation is his biggest strength as an entrepreneur. Everyone has a skill that only them can do and it is the same principle that Kenny takes when it comes to his team. And so his goal is to always prioritize thinking about what he can do right now that others can do and how others can do it for him so he can focus on the continuous growth of Delesign.
Kenny’s advise on how to delegate appropriately [22:23]
As per Kenny, the short answer is you have to delegate as soon as you can. You may be in a situation where you currently can’t afford to hire someone to do some tasks for you, but as soon as you get out of the situation, it is advisable that you delegate your tasks. On top of this, an entrepreneur should always look for what's cost effective and overcome mental barriers while keeping good ethics.
How much do you need to know about a subject before you become comfortable delegating it? [29:18]
Kenny believes that there are two ways to approach delegation. First, delegate everything that you can as soon as you can. Even if you’re not an expert on it, delegate the task and see what works and what isn’t. Second is to initially do everything that you could by yourself to understand the process and use it to  know what you want to look for and delegate to.
Delegation & automation [34:24]
The way that Kenny sees it is that everything is really just under delegation. Whether it be making integration that allows you to automate tasks or hiring virtual assistants for you, it all boils down to delegation. The only thing that varies is the cost of the matter.
Kenny answers the rapid-fire round of questions. [36:36]

Join a community of like-minded professionals

Email has been submitted.